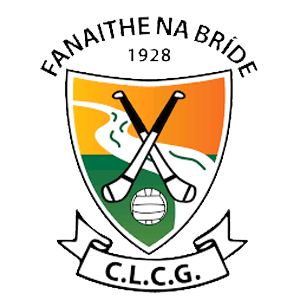 Ballygiblin, the Champions of All Ireland -it has a nice ring to it surely and proves that dreams can come true. The scenes in and around Croke Park last Saturday were truly the stuff of dreams. Talking to supporters on Jones’ Road they could hardly believe what was happening as the possibility of being crowned the Best Junior Hurling team in Ireland was now within their grasp. This time two years ago Ballygiblin were like so many other Junior A Grade teams in Avondhu Division- hoping top win the North Cork Title. Ballygiblin had won it in 2004 and in 2018 so a third Avondhu Crown was the ‘Holy Grail’ for them . It’s the middle of January 2023 now and  a North Cork Junior Title, two County Titles, two Munster Titles and an All Ireland Crown have been won.  We hear of ‘rags to riches’ ,  ‘impossible dreams’, ‘climb every mountain’ and so on where a Final Destination has been reached far, far beyond anyone’s wildest dream. That’s what unfolded over these last two years with the culmination on Saturday evening last. For any stranger in the Croke Park Hotel and surrounds it seemed as if Cork were playing some big game as a virtual sea of red and white brightened up the January afternoon. It wasn’t just Ballygiblin and Mitchelstown people who were there but gales of Gaels from all parts of Rebel Cork and from the Premier County of Tipperary as well and plenty from the Decies of Waterford.  The ‘redrafting ‘ of the Grades within Cork at the end of 2021 presented Ballygiblin with a unique opportunity -probably never to happen again.  Having lost to famed Mooncoin last year Ballygiblin had to start at the bottom of the Cork Premier Junior Hill in 2022 but they saw that history was beckoning for them and grasped it solidly. ‘Tosach maith leath na h-oibre’ they say and that early goal set the tone for the North  Cork men in Croker on Saturday evening.  In fairness to Easkey, the logo champ[ions,they battled away all the time but Ballygiblingn always had the ability to take over. Joseph O Sullivan’s haul of 11 points certainly earned hime a deserved ‘Man of The match’ award. When Fionn Herlihy took the All OIreland Cuop from Larry McCarthy the noise levels in Croke Park were better than any Westlife or Garth Brooks concert! Fionn was an outstanding Captain with his strong Araglen and Shamrocks roots.  When the Red and White Army left Croke Park in celebration the place looked empty! In fairness Tooreen from mayo brought a huge following but having led for most of the game, we caught in the end by Limerick’s Monaleen.  Well done to everyone involved with Ballygiblin on this marvellous journey. From Coach Ronan Dwane, The Players, Club Officers, Sponsors and supporters. The death of Club stalwart Timmy Mackessey just added to the sense of history-making. Immy was an ever present at Ballygiblin games for as long as I can recall. He went to matches everywhere, including many Bride Rovers games, as well as Colleges games. During his lifetime he wouldn’t in his wildest dreams have thought that County, Munster and All Ireland Cups would adorn his coffin on the day of his funeral. Rest in peace and happiness now Timmy.

Newly elected  Chairman Pa O Driscoll welcomed all to our first meeting on last Monday night  and said he was looking forward to a great year for the club with an attendance of 35 members present we were starting off on a good note. With new ladies’ Club  chairperson Joe Delaney, and Juvenile committee chairperson Jerome O'Driscoll, both present to feedback on their plans for the year it was great start to the season  Having five female Executive members is also a welcome development for 2023.

Following the Minutes, the treasurer gave his financial report which showed the most recent expenditure and income. Two Lotto jackpots were won, and Donal Cahill and Linda Ahern were congratulated.  Various other items of expenditure were recorded and items for expenditure over the next month were approved.

Rosario Kielty reported on Child protection and there will be refresher courses organised over the next few weeks. All members who need to renew Garda vetting and Safeguarding will be contacted.

A Coaching seminar is being organised by the juvenile and coaching committee for later in January.

Reports from the East Cork Board and County Board were given by the delegates.

Premium Tickets for Pairc Ui Chaoimh for a 10 year period are being sold for €450 a year or a once off payment of €4000. The club are asked to submit names of anyone interested to the County BoardTadhg Lawton and Jason Mannix are transferring back to the club for 2023. The Chairman announced the Chairpersons of the various sub committees for 2023

The chairman outlined that the Pynes acquisition has been completed and ownership was now with the club. This was seen as a significant step for the club. Work will commence in the next few months and a meeting of the sub committee will take place shortly to finalise arrangements around the commencement with James Healy and with the  contractor appointed.

A small committee was set up to finalise arrangements for a function to honour the East Cork Junior B winning team, the U19 Hurlers County win, the ladies Minor and Junior teams. It was also agreed to honour the 1993 JB double winning team.

Ireland Lights Up began on last Monday night, January 16th, from the main pitch (large Astro) at 7.30pm. This event is open to the whole community, young and old. Together, we hope to walk three to four laps of the village to cater for all walking fitness levels.

The meeting wished Liam Forde and Grace Kearney all the best as they ae due to be married very soon. Votes of Sympathy were passed to the families of  Denis Barry, Paddy O Shea, Mickey O Donoghue Paddy Joe Murphy Sean O Callaghan, Dermot O Driscoll and Paudie Palmer.

What a sight to behold it was on Monday night as our Ireland Lights Up programme began. On a dry and crisp January night we had a great turnout of 220 walkers.  Meeting at the pitch it was a brilliant beginning to a great initiative and ‘well done’ to our Club Sub Committee who organised the event. Runal Michael carey registered all taking part. Then Shelly McAteer did a ten minute ‘warm up ‘ and off we went. From the Pitch over to RingsCross, from there to Giuneas Cross over to the corner where the Rathcormac market was once held, onto the Main Street, Cannon Street and back to Rings. Some did the circuit once, others three and four times. It’s non competitive so each walker can do as much or as little as he or she likes. It was great to have a dry night for the opening event. Same place, same time next Monday night January 23rd.

CORK GOING WELL IN Munster Hurling League. Cork hurlers have had two wins over Kerry and Limerick in the Munster Senior Hurling League. Well done to Brian and Eoin Roche who have been involved with the Rebel panel. We extend best wishes to our Club Hurlers who will be playing Fitzgibbon Cup in the coming weeks.

It was an awful departure for the hurlers of St Colmans last Wednesday when they lost to Thurles CBS in the Harty Cup Quarter Final. Having led for most of the contest Colmans were pipped at the finish.  Leading by two points a very dubious free to Thurles saw them score a goal and they followed with a point. It’s a heart-wrenching end to what was a very promising Harty Cup Campaign.

With a Jackpot of €6000 on Tuesday January the 10th the four numbers drawn were 6, 11, 14 and 20 and there was no winner. Congrats to our lucky dip €30 cash winners: Raymond Hegarty, Shanowen, Eleanor Carey, Monanig, Owen Murphy, Hueston, Texas, Monica Barry, Kildinan and  Diarmaid O’Donovan, c/o online lotto.  If your ticket has expired we would appreciate if you would enter again via https://bit.ly/BrideRoversweeklyfundraiser

Our lotto now sits at €6200. Tickets which cost jut €2 each can also be purchased from Club members an in Local Business outlets.

The first ECB meeting for this year is on next Wednesday night Jan 25th in Midleton GAA Pavilion at 8pm.

The first Parish Car Boot Sale for 2023 will go ahead on Sunday week  January, January the 29th. It’s a few weeks away but now’s a great time for Resolutions so if you can give an hour or two to the Car Boot Sale please contact Billy Finnegan or Mossie O Sullivan. Many hands make light work.  If you have items to donate for the Parish Stall they will be gladly accepted on the morning of January the 28th.

We have now nearly 200 local families and individuals who have joined the Club 100 scheme since it commenced in 2017. It is essentially a membership package which includes entries to the Bride Rovers weekly lotto and the Rebel Bounty monthly draws. While the gold package may be attractive (and represents good value) for families, the silver or bronze package may be attractive to players or individual members who wish to spread payments across the calendar year. With plans for huge expenditure on our New Playing Pitch Complex at Ballybrowney we welcome new member to this initiative. A brochure is available and feel free to contact club treasurer Aiden Dorgan on 085 7124312 or, indeed, any club officer if you wish to join the scheme.

The Blackwater Fit Up Festival started last week with the outstanding ‘The Parish’ in Bartlemy hall last Friday night. This coming Friday it’s a double header with ‘Turf’ and ‘Gombeen’. Curtain up at 8pm. Great show assured.

With the covid pandemic no Munster GAA Council Development or Field Purchase Grants have been paid out.  Because of lack of Gate Income the Provincial Council’s Income was drastically reduced and so was spending. Last weekend came the welcome news that Grants were being paid out once more. We were awarded a total of €21,587 which is very welcome in view of the huge expense we will be incurring over the next few years with our Pitch Development.  Thanks o Gerard Lane for helping with this Grant Application. We have also submitted a further Application for work completed in 2022.

30 YEARS AGO. In 1993 the Club was competing at Junior B grade in both Hurling and Football. This meant for that Season we actually had 6 competitions. We were in Junior A Football league, the Junior B Hurling League, the Junior B grade Hurling and Football championships and also the East Cork sections of the  County Junior B Hurling and Football Championships. We had twice won the East Cork ‘qualifier’ for the County B Grade Football County but never won the hurling.  We defeated v Carriganavar in the semi final of this competition. We were 7 points up midway in the second half of the Final against Lisgoold but were overtaken and lost by 29 to 1 10. The East Cork B grade football championship saw us defeat Carrigtwohill  by 0 11 to 1 2, Castlemartyr by 1 8 to I 4 , Lisgoold in the semi final by 2 10 to 0 1 -Pat Walsh scored 2  2 in that semi final victory. Just a week later the Final against Glanmire was played in Glenville. Tom Kearney was the only survivor from our first B grade victory over Youghal in 1981.  Led by team Captain John Joe Barry we were ahead by 0 5 to 0 1 at halftime. A great goal from Batt O Connell put us well ahead but Glanmire finished strongly. We held on for a great win on a score line of 1 8 to 1 4. Team v Glanmire.   P. Mannix, T. Kearney, M. Hogan L. Barry, B. Hogan A Cahill, JJ Barry Captain, J.A. Murphy, T. Mulcahy, P. Barry, B. O Connell, P. Walsh, D. Johnson, A. O Flynn, J. O Dowd. Next week we’  look back on the Hurling campaign of 1993 which brought us League and Championship Titles.

DATES FOR THE DIARY.

Monday Jan 22nd  Light up for Ireland walking night 7.30pm in the Pitch