History beacons for St Ita’s woman Ms Avril Geary as she is due to become the first ever female chairperson of the East Cork GAA Board on Wednesday 25th November at the Convention in Dungourney. We recently discussed her life and times in Cumann Lúthchleas Gael.  As supporter she has had great times, enjoyed her work as an administrator and is looking forward to the future with great positivity.

Life in Youghal and moving to St Ita’s Gortroe.

While Avril’s appointment as chairperson is momentous, she has been involved with Association since her school days.  She was born and reared in Youghal near the famous Copper Alley pitch and attended the all the games at a young age with her dad who was an avid Youghal and Cork supporter. Avril was educated at the Loretto Convent Youghal and School of Commerce in Cork growing up at a time of great Cork success at national level.

Later when she met her husband Eamonn and moved out to Gortroe he was very involved with St Ita’s Club. They now have three in family Chris, Joanne, both working and, Grace studying for her Leaving Certificate.  Eamonn’s family were steeped in GAA as his own Dad played with Carrigtwohill and played with the great Mick Mackey in an army game.  Eamonn himself played with St Ita’s.

She joined the club and became a member of the committee.  She served as secretary for some time.  During her time as Secretary St Ita’s moved a motion before the Cork convention that the facility of replays for All-Ireland semi-finals after normal time be reintroduced. I noted that she spoke to John Fogarty of the Irish Examiner on it in her capacity as secretary at that time.  While the motion was strong and backed by Cork it could not be heard at Congress for technical reasons.

Influences and getting involved with the East Cork Board.

Tracey Kennedy of the Killeagh Club was elected chairperson of the County Board and was an inspiration to all ladies involved with the Association and especially those who would like to become involved. Tracey was a former PRO, and secretary of the East Cork Board before moving onto many officerships of the County Board. Tracey’s breakthrough was a particular inspiration to Avril.  When Shane Supple, her clubmate from Ita’s finished his term as PRO in the East Cork Board, Avril took up the position but due to work commitments, she had to stand down after just a year.  However, she remained on the Board GPC and Committee.

Avril was very busy at this time as consultant with Clarins, a French Multinational Cosmetic Company, and was promoted to Area Sales Manager operating in Cork, Limerick, Clare, Tipperary, and Kilkenny. Nevertheless, the grá for involvement with the Board caused her to seek election as vice chairperson in 2021 and she was successful.  She feels she has now learned on her new job and developed her managerial capacity to suit her social life and that can include using her leadership skills as chairperson in the East Cork Board. She also likes walking, swimming and is a member of Gortroe Church Choir. 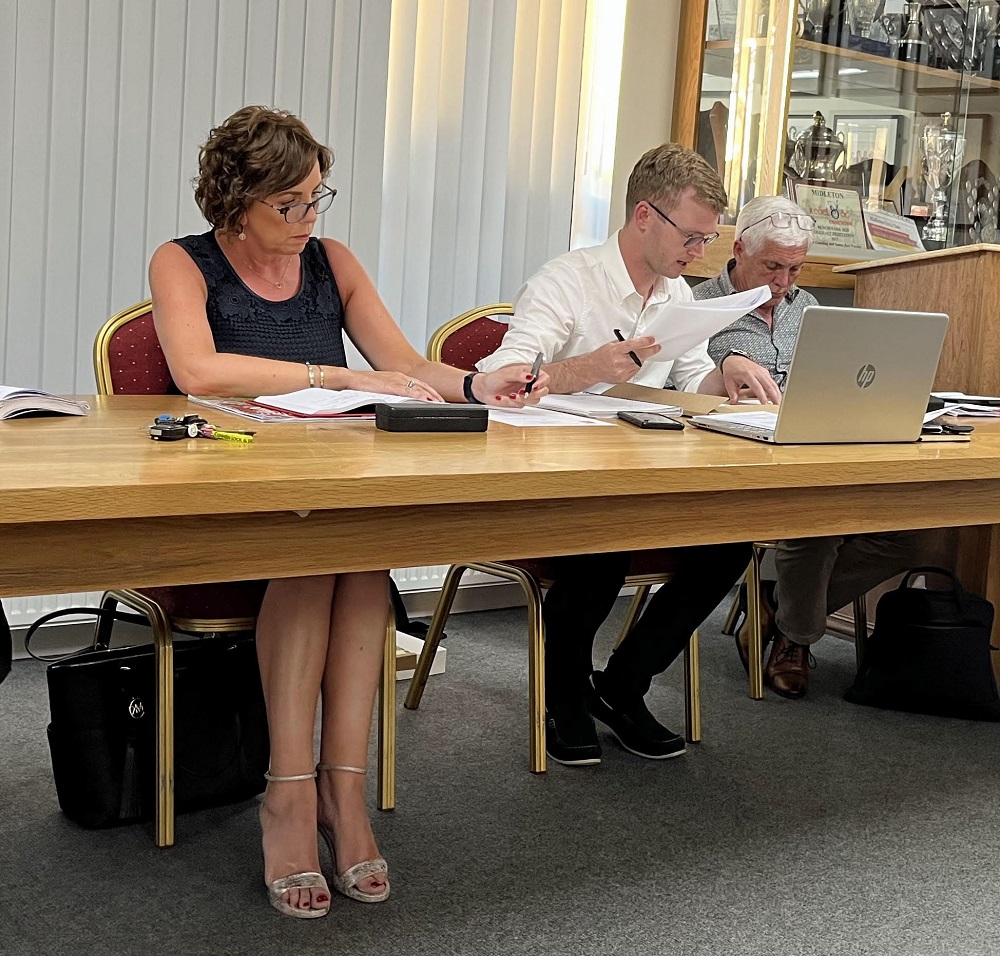 The role and contribution of females in Cumann Lúthchleas Gael.

When I asked how she views the involvement of females in administrative capacities in clubs and beyond. She is extremely positive about this and says ladies’ involvement with a committee can bring a very strong dynamic to the table. They have a strong sense of loyalty to the organisation, are always willing to learn and relate to other members of the committee well.  There are so many roles for females in clubs at a time when we need volunteers.

The number of girls playing camogie and ladies football has really increased and in time they will inevitable get even more involved in coaching and administration, but she says agrees they must be actively recruited and encouraged. Avril sees her role with the GAA as an outstanding social outlet and involvement with the community.  She has made some great friends even stewarding in Páirc Uí Chaoimh at the big games and concerts. Of course, she outlines that presently there are many ladies involved with their clubs in East Cork and doing outstanding work.

Cork teams and the Páirc.

On the question of the state of play of Cork teams at National level there is no doubt about it the Corkiness of a Rebel lady stands out.  She says she grew up in a winning era and while there may be a lull recently, winning can be cyclical and she is really confident success will come again.  She says there are great structures in place now and plenty of talent coming through.  There is massive work going on the background with Rebel Óg, Games Development Administrators and Sciath na Scoil.  She wishes Pat Ryan and John Cleary the very best in their hurling and football management. She is adamant that Cork will never lose the blood and bandage spirit, or the tradition built in winning 30 All Ireland Hurling titles.

Avril is so proud of Páirc Uí Chaoimh as sees it as world class stadium and now supporters realise this. She very much supports holding the big concerts and hosting other major sports events which assist with the debt but also are a major boost for the Cork economy.  She believes Cork supporters and Cork people in general really see the value of the Stadium now, but these events should not interfere with the holding of our own championship games.

Avril takes the chair from Donal O’Keeffe at the Divisional convention in Dungourney on Wednesday 30th November. Donal has worked hard during his time in the chair and leaves it in good stead.  Daniel Lane, the outgoing and outstanding secretary has just moved on to a full-time administrative role with the County Board.  There are other changes too. So going forward as Chairperson of Imokilly she wishes to keep up the good work of her predecessors and cope with the change. She feels strongly that the County is too big and must continue to have a Divisional structure.  Other goals are getting back our Under 21 Divisional competitions, promoting our Divisional hurling and football teams, liaising with and assisting the clubs in the Division. She speaks highly of the great work of referees in the Division and will be doing her best to ensure they get continued respect.

Well Avril the the great success of Imokilly rolls on and as we move towards the centenary of the Division(s) in 2024 your imminent appointment to the Chair is historic. You are a community person agus mar deirtear as scáth a chéile a mhaireann na daoine and Cumann Lúthchleas is the heart of the community.  We wish you and your family the very best.  Uí Mac Coille Abú.