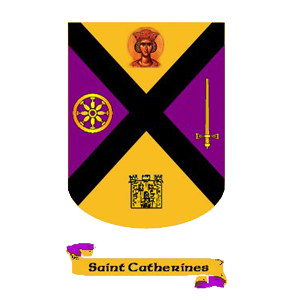 Junior B footballers back in East Cork final

Another weekend of intense county GAA activity. We congratulate Ballygiblin on their success. All eyes now on St Finbarrs in their quest for a county senior double. Closer to home and for the second successive year St Catherine’s have qualified for the Divisional Junior B Football Championship decider. A final which may well be played before you scan half way through this report. We succeeded to stage the Albert Griffin Cup. Match reports to follow.

First we give you the results of the most recent weekly lotto draw from Monday night last, October 17th.

Numbers draw were 8, 16, 20 and 23 and the jackpot wasn’t won. Consolation winners on the night were James Coleman c/o Conna PO, Kyle and Shane O’Donoghue, Boulta, Ballynoe, Eoin Corcoran, online, John Lonergan, Lisnabrin, Curraglass and Sophie and Adam Quinlan, online.With a jackpot of €20,000 next draw will take place in the clubrooms, Ballynoe on Monday night, October 24th at 9pm.

Weekend action on the club scene

To all intents and purposes another intense weekend of activity this time on the playing fields of our beloved rebel red Cork started out at 5pm on Saturday evening last. It took 40 minutes combined of extra time to see off the ferocious challenges of Kilbrittain below in Courcey Rovers pitch in Ballinspittle. Simultaneously equal excitement generated in Páirc Naomh Caitríonaigh before Russell Rovers made their exit. Both matches played on the evening of Saturday, September 24th. Thus setting up the pairing of Tracton and Ballygiblin for the inaugural County Premier Junior Hurling Championship final. A grade replacing the existing lower intermediate and in many ways Ballygiblin were retaining a title. They were the reigning junior champions and now are back-to-back champions after the reshuffle. First winners of the new domestically created competition and now will again be Cork representatives in the forthcoming Munster Junior Hurling Championship. They will be away to Tipperary representatives Grangemockler. With sister club Mitchelstown performing well in all that time you could argue that Ballygiblin are on the go without a break for two years.

You could nearly write the same script when analysing Castlemartyr. Existing Intermediate A champions they also purport to two codes and lost out to Cobh in this East Cork Junior A football championship final. A Cobh team following success over Cullen now playing Buttevant in a county semi-final. There was a blemish inflicted by Kilworth at Ballynoe back on Saturday, August 6th last. But they sufficiently recovered. Nearly sneaked it at the finish. But taking everything on board maybe a draw was the right result.  They now play Inniscarra again in the Premier Intermediate Hurling championship replay at County GAA headquarters on this forthcoming Saturday evening.

Only because Páirc Uí Chaoimh was the appointed venue otherwise you feel last Sunday’s appointed county finals couldn’t go ahead. Also the way it panned out the likelihood is they would have surpassed the 20,000 barrier only for the weather being so bad.

Now the double talk can start in earnest out Togher side. Next hurdle to be jumped for the reigning county and provincial champions is the eagerly anticipated pairing of themselves and Nemo Rangers in the upcoming county Premier Senior Football Championship final. One believes the Barrs to be more than capable of emulating 1982 and record another historic double. While Blackrock must recover emotionally as much as anything as their sister club St Michaels must now get ready in earnest for the Senior A Football Final on Bank Holiday Weekend. Have a slight fancy for Knocknagree there. Anyway, it should be another memorable weekend of Gaelic Games activity.

Stretching the neck out beyond the county bounds and one sees quite a few old familiar names surface again and again. Kilcoo, Ballygunner, Ballyhale Shamrocks. The more things change, the more they stay the same!

St Catherine’s had to work ferociously hard in grinding out the required result from the semi-final of the divisional Junior B Football Championship played in dull, overcast, occasionally showery conditions at 4pm on Saturday evening last. Confirming what had been a resounding success from the county competition against Carrigtwohill 135 days previously. While also for the Saints there would be compensation, having lost in the round robin stages of the equivalent hurling championship to the same opposition which was played in Ballynoe five weeks before.

Eoin David reacting quickest of all, pointed the way on nine seconds. That said, Kieran Higgins was focused on his game between the sticks. Assured handling procuring several vital blocks. Settling to their task and points emerged from Niall O’Leary, Barry Murphy, Eoin Maye and Alan Fenton. Solid defensive play from Fionn O’Connell and team captain Eoghan O’Riordan allied to a brace of eye-catching skilfully taken Richie O’Connell points kept the Saints momentum going. Half-time arrives with the score standing at 0-04 to 0-03. Uncanny with the exact scoreline again standing going back four months. But this time it would favour Castlelyons.

Key moment emerged early enough on the change of ends. Eoin Wallace picking out younger brother Kyle to stroke home the game’s first and Catherine’s goal into a lead they wouldn’t surrender and ahead on a 1-04 to 0-05 scoreline to 37 minutes. A shortly take Eoin Davis 45 picked out Ed Kenneally to finish off a welcome point. A psychologically crucial score providing as it did the added mental boost of a four-point advantage. Seconds later four would become five after a belter of a point finished off by Daniel Mangan off a placed ball. Now it was 1-08 to 0-06 to 54 minutes.

But this was a championship tie far from finished. Substitute Colm Spillane at the end of the move. A goal ensuring this would go right to the wire. Two subsequent frees veered off target and Catherines place in this weekend’s East Cork Final against Fr O’Neills was secured.

Wasn’t there. But glancing through the various reports and from talking to a few that were it’s obvious that Harty Cup first round followers were served up a classic in Watergrasshill on Wednesday of last week, October 12th. Surprised? Don’t be! Patrick O’Sullivan, Daniel Murnane, Timmy Wilk, Jack Leahy among others adorning the Midleton CBS line out. Included on the St Colman’s team were Gearoid O’Brien, Fionn O’Connell, Oisín Fitzgerald and Sean O’Donoghue, all St Catherine’s. But it was a stunning late Cillian Tobin point that secured a share of the points for the Colman’s boys. Tobin very good against the Saints in that recent East One U19 hurling decider. St Colman’s meet reigning holders Tulla next. Time to make up for last year. Go for it lads.

Difficult to get too enamoured about the intercounty championship draws. Gaelic football’s showpiece also made at 4pm on Saturday evening last. Oh the cheek of ‘em! Still, we can always play catch up. Straight away Kerry will ease their way into yet another Munster final. Being a seeded team Limerick were automatic semi-finalists where they will meet the winners of Clare and Cork. It should be well within Dublin’s capacity to progress out of Leinster, Connacht looks tricky. But the pairing of Monaghan and Tyrone up north looks the meatiest first round fixture of them all. Munster and Leinster hurling championships are organised on a round robin basis. Relax, cool the jets! There’s still six months to go.

Stressing before that basically the playing year could conceivably evolve around league, an optional féile onto the championship itself. Plates and shields are championship related anyway and participation therein could be dependant on the organising board. That goes for both codes.

When clubs have trophies put up they should be played for out of respect for the donating family and the persons they honour. Room simply must be accommodated in the schedule. A week previous we had the Paddy Sheehan Cup. A founder member and first treasurer of the St Catherine’s Club. Taking in the years 1946-48. Now part of the calendar on and off since the summer of 1993 with a few blips along the way. Was attending a junior B hurling challenge in Watergrasshill when the news came through of the death of Albert Griffin. Lifelong club and county supporter and follower. Shoe, boot and hurley repair man. Perhaps better known in his capacity as a postman for the Ballynoe area. A club vice president when passing away on the morning of Sunday, March 13th 2005.

Later that year the family would put up a cup in his honour, promoting the U14 grade of hurling and to be played for annually. First Albert Griffin Cup final between St Catherine’s and Kilworth was played for in Ballynoe on Sunday morning, October 23rd 2005. Included in that Saints’ team were Brian Mulcahy and Conor Hegarty. Future first teamers as part of the Kilworth line up would include Austin O’Hara, Kieran Lane, Liam Whelan and Noel McNamara. Captain of the victorious Saints’ team that morning was Stephen O’Brien, grandson of the late Albert Griffin. He still plays for St Catherines and is a guard based in Waterford city.

Since then, there has been a tampering with the schedule with Catherine’s proving too strong for visitors Killeagh in the U13 hurling tournament final for the Albert Griffin Cup. Most recent instalment played under the lights at Ballynoe on Wednesday evening, October 12th last. Focus now very much on the irregular age groups. Sean O’Keeffe, Billy O’Connor, Alan Cotter, Ronan Hickey and Eoghan O’Mahony very much on top of their form resulting in a 4-11 to 2-05 success for the home team over a Killeagh outfit who had good players in Sean O’Leary, Jack Farquhar and Reuben O’Riordan. At game’s end Phil O’Brien, daughter of the late Albert and an ex-officer of the St Catherine’s Juvenile Club presented the winning cup to successful Catherine’s wingback and team captain, Shay McCarthy. We thank referee Davy Farrell coming to us from Mitchelstown. Then came the post-match cup of tea.

Mention of the O’Connell family and their late sister recently had a race called after her. Fifth race on the card at Goodwood on Sunday week last was the nine furlong Catherine Reed Memorial Novice Stakes. Which seems excessively long for two year olds. There was also a family connection took part and all involved were happy with a first day performance. Miller Spirit, trained by George Moore and the jockey was Tom Queally. Nice one.

Again as with last week nothing concrete. Opening match in the East Cork Junior C Football Championship seemed set for Rostellan on Tuesday night last. Carraig na bhFear are visitors for the next match. While the equivalent hurling squad have a fixture in Shanagarry. There is provision for U16 football and hurling championships. Keep your ear to the ground and leave the phone switched on.