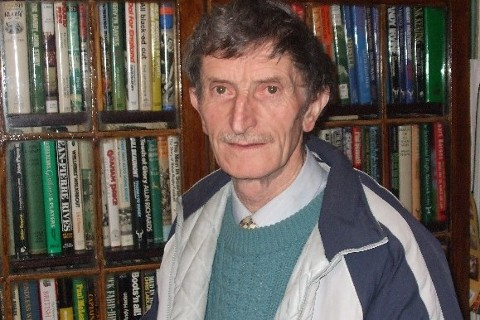 His first book ‘Cork’s Glorious Years’ covered Cork’s period of activity in hurling and football from 1930 to 1975.

He has written or co written a host of Club Histories including his own beloved Russell Rovers story. ‘Rovers and other Sporting achievements’

Tom is a native of Shanagarry.

Michael O’Brien (Aghada) compiled the match records at the back of this book from various sources.
Scores and draws were taken from the minute book of 1924 to 1926, the next set of minute books starts at July 1946 and run till June 1986. The book between 1987 and 2001 is missing so the records are incomplete for these years maybe it will turn up, let’s hope so.

The following Newspapers were also used: